A few minutes walk from Barnard Castle, Deepdale Wood is one of Teesdale's finest and most beautiful woodlands. The nature reserve is owned and managed for nature conservation by John Durkin. Most of the management to improve the wood for wildlife and for visitors is carried out volunteers. Responsible public access is encouraged, and there is a good network of footpaths with footbridges and stepping stones across the Deepdale Beck and the Ray Gill. Deepdale is proud to host the Brightwoods Forest School.

The reserve is within walking distance of Barnard Castle and Startforth. There is also a small car park at the main gate beside Deepdale Bridge, and alternative parking nearby. For emergencies, the car park postcode is DL12 9AZ, and its "What 3 Words" is "Basics.Broke.Basis". 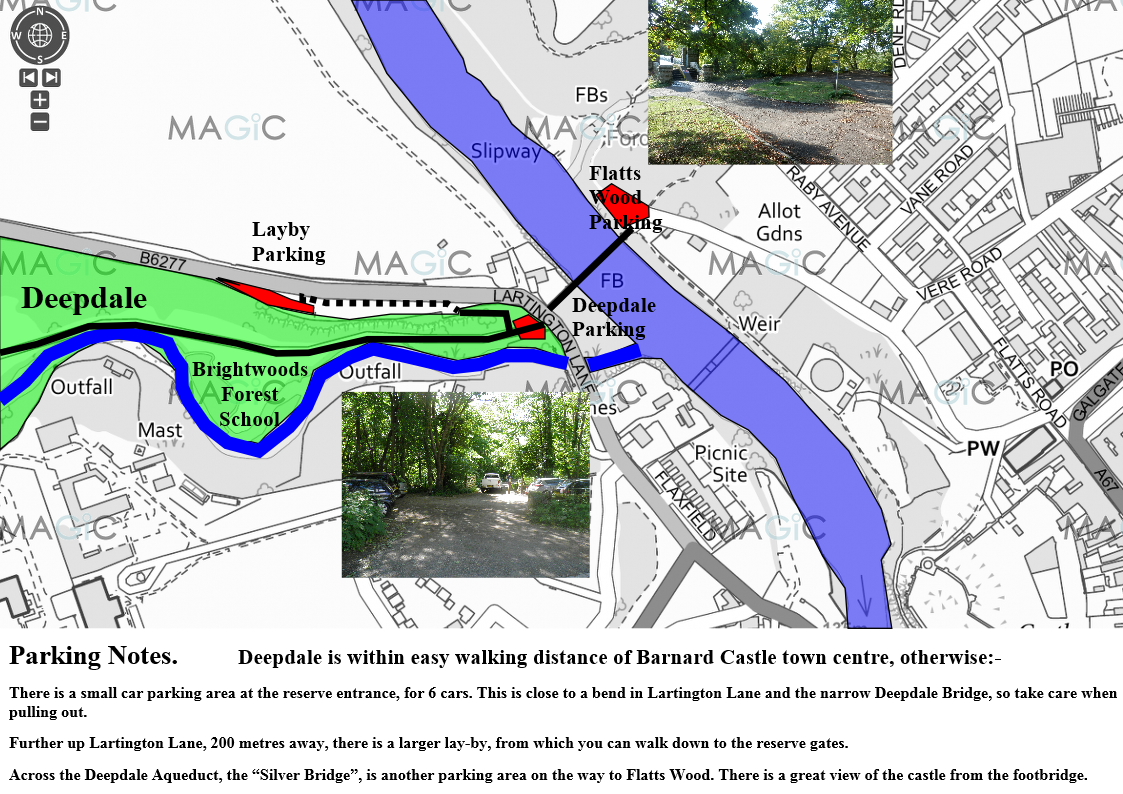 The first half mile along the track is fairly flat and has a good surface, with no stiles or steps or unnecessary obstacles to negotiate. There is also lots of wildlife and scenery to be seen along this path, which runs alongside the Deepdale Beck and has bench seats at intervals. The walk from the entrance to the Ray Gill footbridge and ford and back again is a "Mile Without Stiles" route, suitable for an easy and interesting walk. There are many excellent walks in Teesdale, but few "Miles Without Stiles" walks. 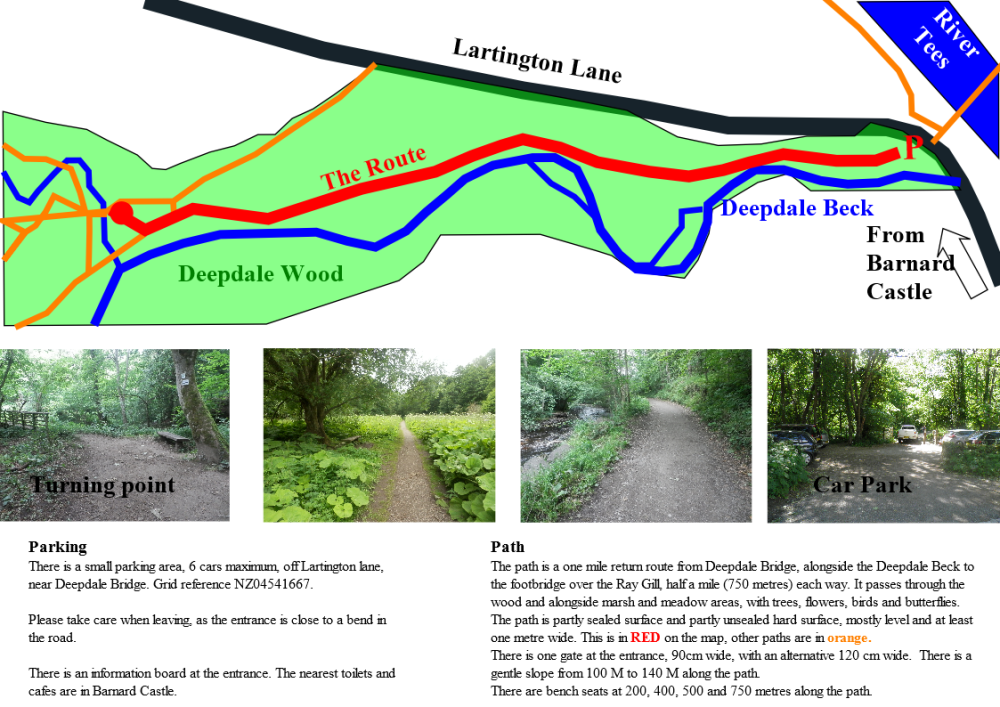 A circular walk around the nature reserve is available in two versions, starting from Barnard Castle (click the left image) and starting from the Caravan Club Site (right image).

Deepdale is an ancient semi-natural wood, which means that it has been continuously wooded for at least 400 years. Ancient woods have more wildlife than recently planted woods. At Deepdale, there are many species of woodland flowers, including Bluebells, Primroses, Ramsons, Dogs Mercury and Wood Anemone. Scarcer plants include Yellow Star of Bethlehem, Bird's Nest Orchid, Wood Barley, Toothwort and Early Purple Orchid.


You can download a checklist of the plants recorded at Deepdale by clicking on the image here. 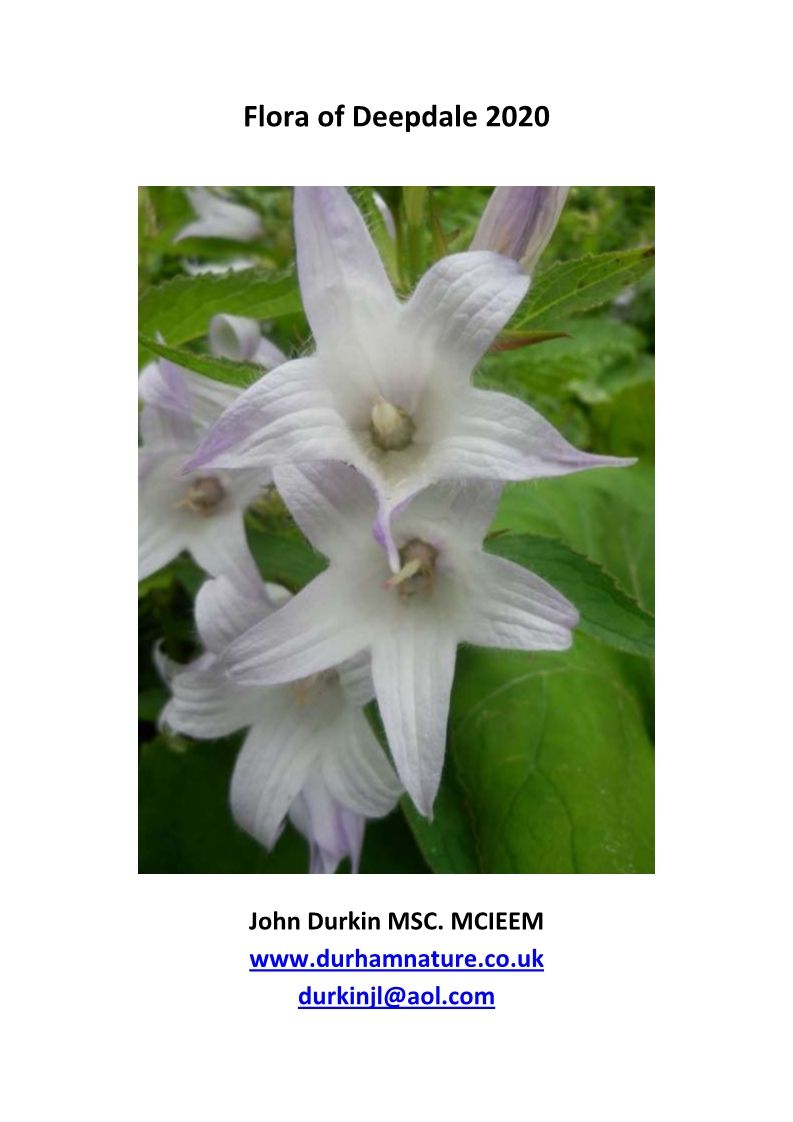 This is intended for visiting botanists and people with a good knowledge of plants.

A large number of bird nest boxes have been installed to encourage nesting, particularly by special species such as Pied Flycatcher (left), Spotted Flycatcher, Marsh Tit, Redstart (right), Lesser Spotted Woodpecker, Nuthatch and Treecreeper. Other birds include Wood Warbler, Tree Pipit, Tawny Owl, Buzzard and Dipper, as well as many of the more common species.
Much more information on the birds of Deepdale can be found here.

An important part of the management of the reserve is "coppicing". This is the intensive management of a small area of the wood each winter. Each small area is called a "coup". Some trees, the least important for wildlife, are felled to make more space for the better trees and to increase the amount of light reaching the woodland floor. At the same time, the hazel shrub layer is cut down almost to the ground. Hazel responds well to this treatment, and produces rapidly growing new shoots in the spring. Some of the cut timber and branches are left in piles, to form dead wood habitats. These are important for nesting birds and small mammals, and as they decay they become good habitats for insects and fungi.

The coup is then left to recover for ten to twenty years. The following winter, another coup is treated in the same way. This ensures that there are always parts of the wood that are overgrown, parts that are quite open, and parts with all of the stages in between. The first coup, cut in February 2012, is near the footbridge over the Ray Gill.

Deepdale is home to three species of butterfly that are rare in Teesdale. These are the Holly Blue, the Purple Hairstreak and the White Letter Hairstreak. White Letter Hairstreak have their HQ close to the bird feeders at Brightwoods Forest School, where a "butterfly garden" of Buddleias and Verbenas has been planted, and nettles, thistles, burdock and knapweed are encouraged.

The current status of butterflies in Deepdale and elsewhere in Teesdale can be seen by clicking on the Peacock butterfly here. 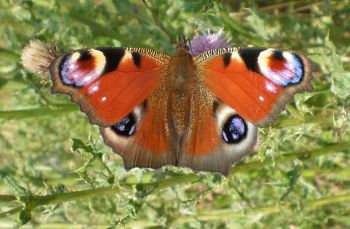 The Deepdale Beck and the Ray Gill have a large population of the introduced American Signal Crayfish. They are mainly nocturnal but can be found by turning over stones. The picture shows the claws of a crayfish eaten by an otter, and left on a streamside rock. Crayfish are easy for otters to catch, so they eat the tasty bits and often leave the head and claws behind, providing useful evidence that otters are living here. The lower picture shows an otter footprint, with five toes evenly spaced. Dogs and foxes have footprints with four toes, the two middle ones close together.

The main geology of the reserve is millstone grit, a type of hard sandstone named from its old use for making flour grinding stones for mills. Millstones were once quarried from further up the valley, outside of the reserve. The old foundations of one of the watermills can be seen next to the ford across the Ray Gill.


In the western part of the reserve, a smooth, flat band of limestone is exposed in the bed of the Deepdale Beck. It creates a series of small waterfalls and has geometric grooves and channels in the stream bed. Some of the more interesting plants of Deepdale grow in the soils that cover the limestone on these streambanks.

Resting on the limestone is the "Great Stone", a large boulder of pink granite from Shap in Cumbria, on the other side of the Pennines. The Great Stone was carried all the way to Deepdale by the ice sheets during the last ice age. There are several dozen of these "erratics" in Teesdale, with the Great Stone being one of the largest. There are also several other, smaller, ones in the Deepdale Beck. There's another in a field near Barnard Castle, the "Sleepy Sheep", by the Teesdale Way just 300 metres upstream of Deepdale.


The beck floods in spate very readily, and its bed is a jumble of rocks, mostly sandstone and millstone grit with limestone and shale washed down from upstream. Some of these rocks have tiny fossils of sea creatures, mostly Sea Lilies, which are called "crinoids". A careful search of the larger, flatter, orangey coloured sandstones will reveal them. They show up better on wet rocks, and are mostly less than a centimetre long. They can be found anywhere along the Beck, but the easiest place to find them is outside of the reserve, upstream at the ford over the Deepdale Beck. 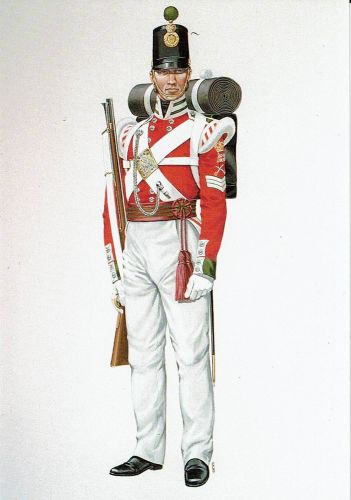 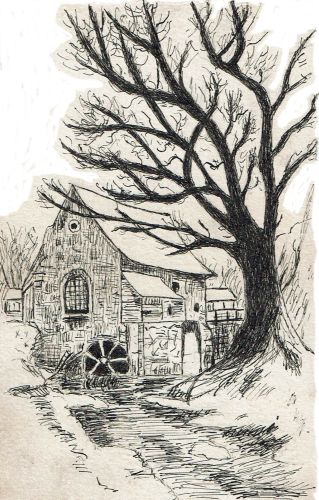 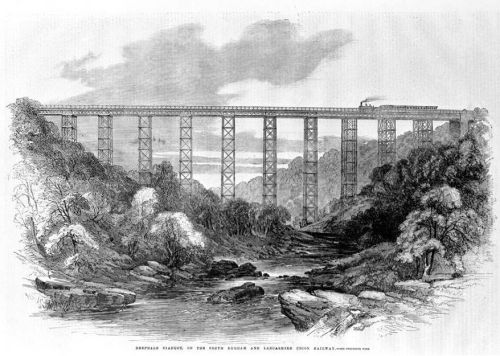 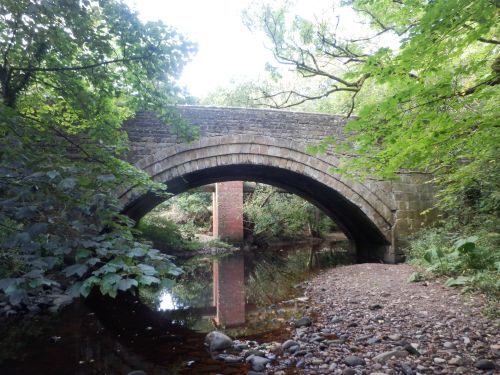